Davis Fry scored a pair of goals and added an assist as the Steinbach Pistons used a plethora of goals to remain undefeated, after a 2-1 victory over the Selkirk Steelers on Saturday night.

Steinbach came out strong pushing the pace early and earned a couple of good scoring chances but they were turned away by some solid Selkirk goaltending.

Eventually, the hard work paid off when after winning a faceoff in the offensive zone, Fry went to the net and a shot from Travis Hensrud deflected off him and in for the opening goal. For the 19-year-old Fry, it was his fifth of the young season.

Later in the first, Davin Griffin took a beautiful pass from Spencer Penner after the dynamic defender broke into the zone, turned the Steeler's defense into a telephone poll, and set up Griffin for the tap-in to make it 2-0.

While on a power play, a great example of puck retrieval and effort kept Steinbach in the offensive zone and had the Steelers running around. Nate Goodbrandson fired a perfect pass onto the tape of Fry who made no mistake as he uncorked a bullet wrister for his second of the game and sixth of the year. Ty Paisley also picked up a helper on the 3-1 goal.

Once again, Selkirk managed to score to cut the lead 3-2.

In the final seconds of the period, Langley Kruggel stopped a puck from clearing the Steelers zone and just threw a hard, low shot on goal. The puck managed to miss all the sticks, legs, and pads that were in front of the net and tickled the twine for the 20-year-olds first goal of the year. Ian Amsbaugh and Noah Szabo had the assists.

The high-scoring period came to a close with Steinbach up 4-2.

In the second there were no goals but a number of dust-ups as both teams pushed and shoved after whistles.

In the third, Paisley showed off his elite hand-eye coordination as the 18-year-old knocked a puck out of midair and in for his fifth of the season. Hensrud picked up another assist as did Fry who capped off a tidy three-point effort.

Amsbaugh showed off his high hockey IQ and patience as the veteran goal scorer walked into the slot, waited to see what developed, and while he was looking to pass, but he instead used a Steelers defender as a screan when wired a perfect shot through the legs of a player in front and a top shelf for his third of the year, putting Steinbach up 6-2.

A power-play goal for Selkirk cut the lead to 6-3 but that was as close as they get as Steinbach pushed their winning streak to 7.

Dominik Wasik got his second consecutive win as the 20-year-old from Colorado was called upon to make a few key saves, especially in the third before the offense put the game out of reach. Wasik closed his night with 26 saves.

Steinbach outshot Selkirk 46-29. The power play finished 1-3 while the penalty kill was 3-4.

The Pistons have the week off of games before heading to the Parkland to take on the Dauphin Kings in a rematch of the Turnbull Trophy finals last season.

The Pistons vs the Kings will be broadcast on DABroadcasting.Mixlr.Com with the pre-game show at 7:15 pm and puck drop at 7:30 pm.

- Prior to the puck drop, the MJHL announced that forward Travis Hensrud was the Player of the Month while goaltender Cole Plowman was named Goaltender of the Month.

- Davis Fry has 13 points, the most in the MJHL heading into action Sunday. Hensrud's 12 are tied for second while Ty Paisley's 11 is tied for fourth. As a line, they've combined for 36, the most by any trio in the MJHL.

- With an assist, Noah Szabo picked up his first MJHL point. 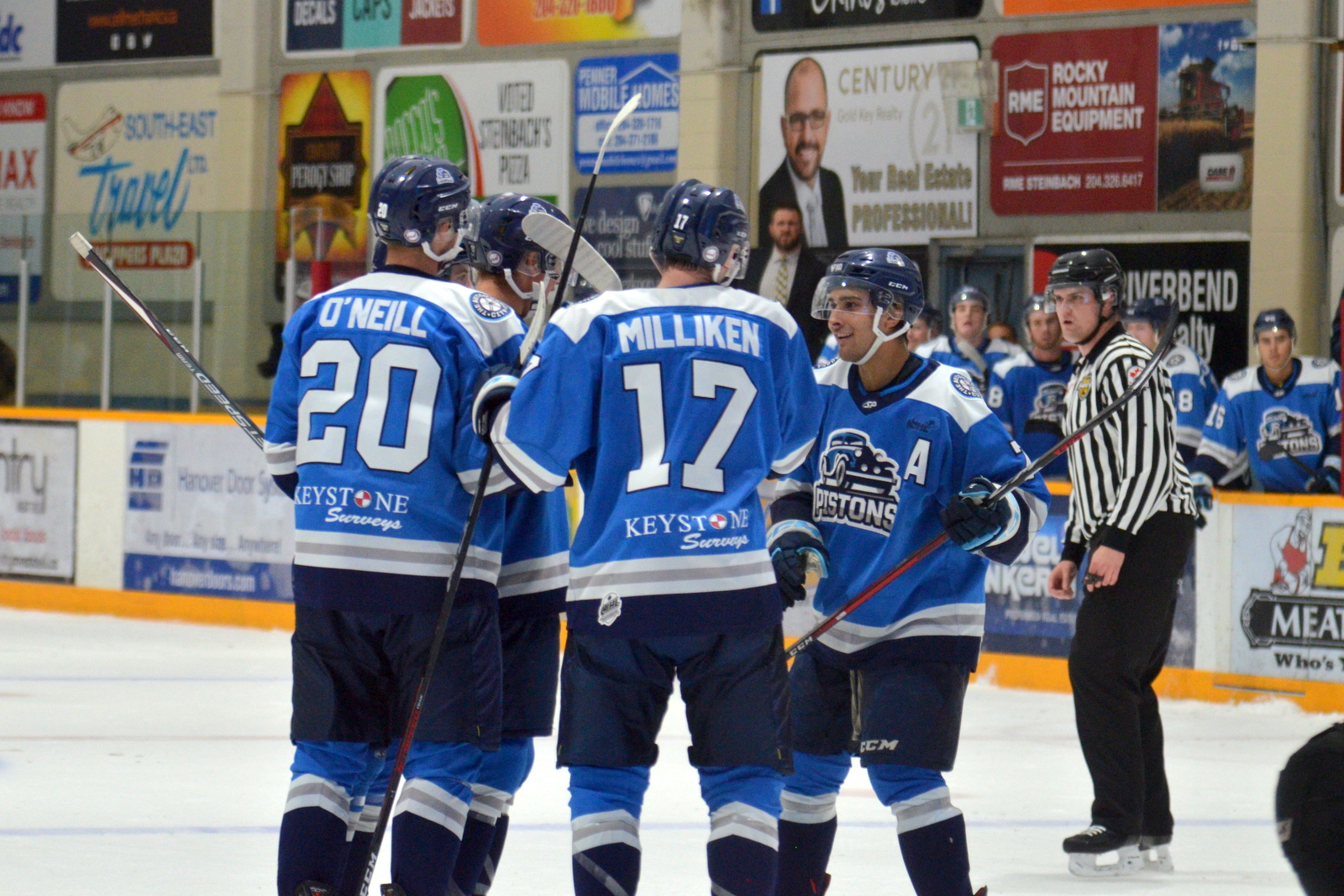 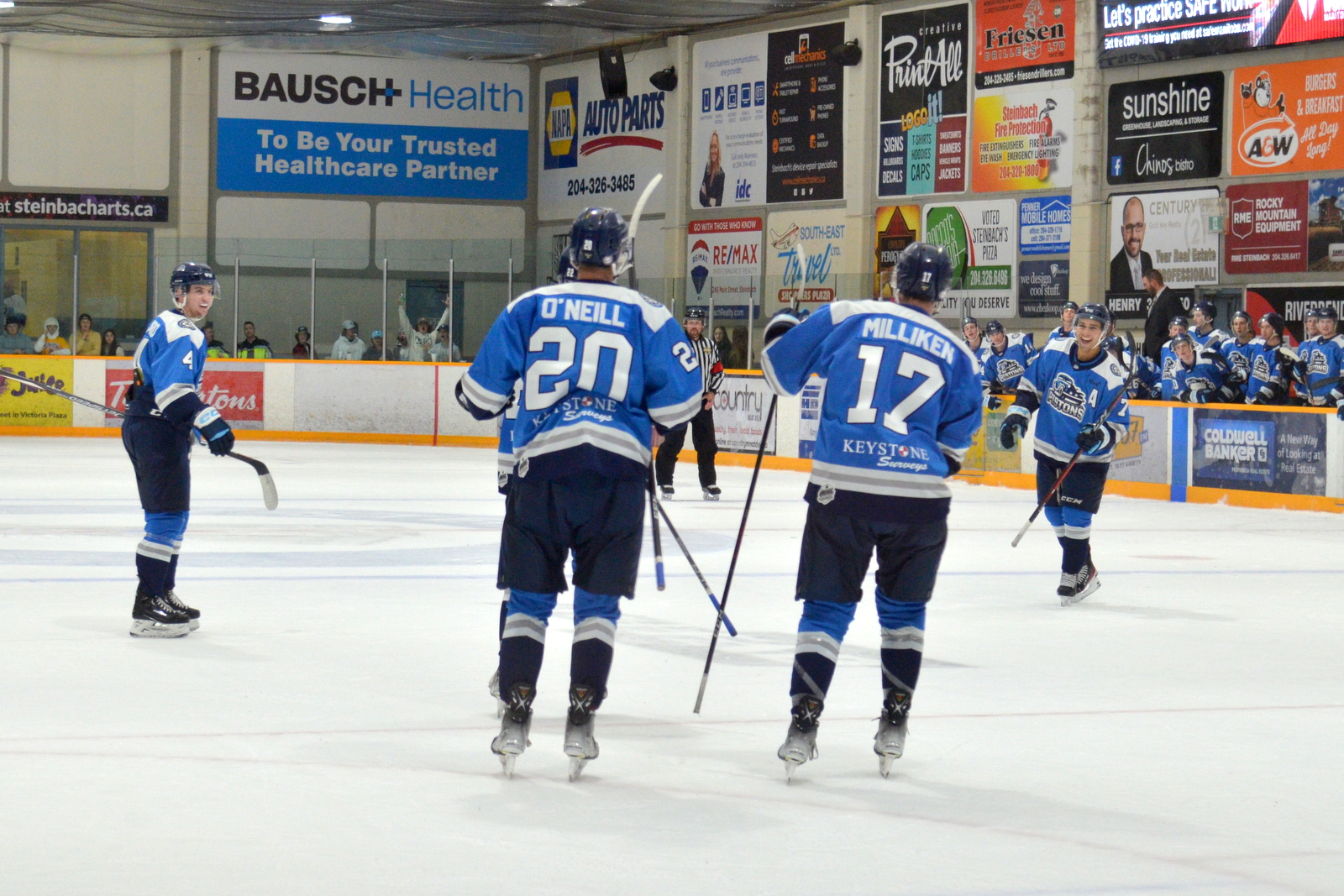 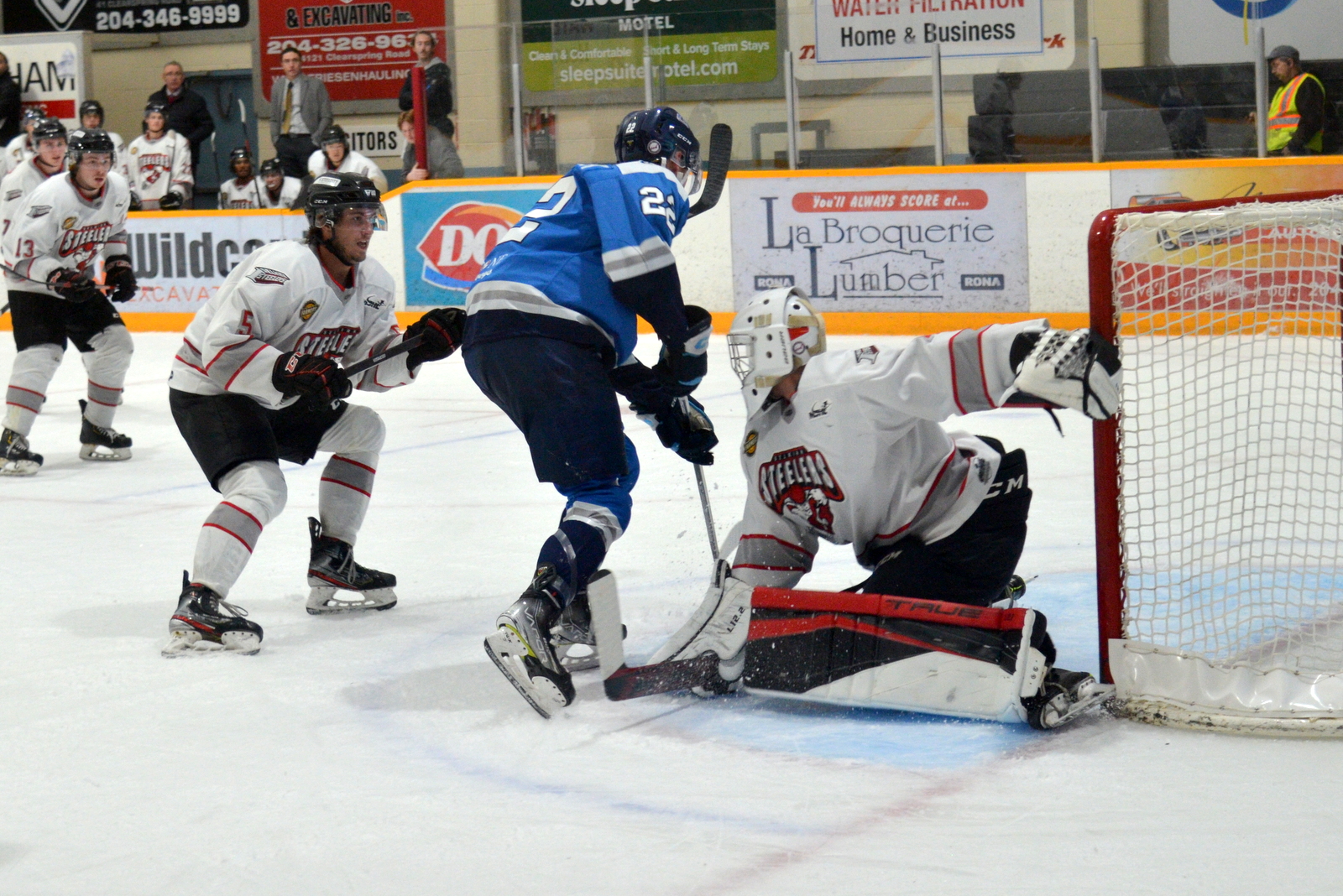 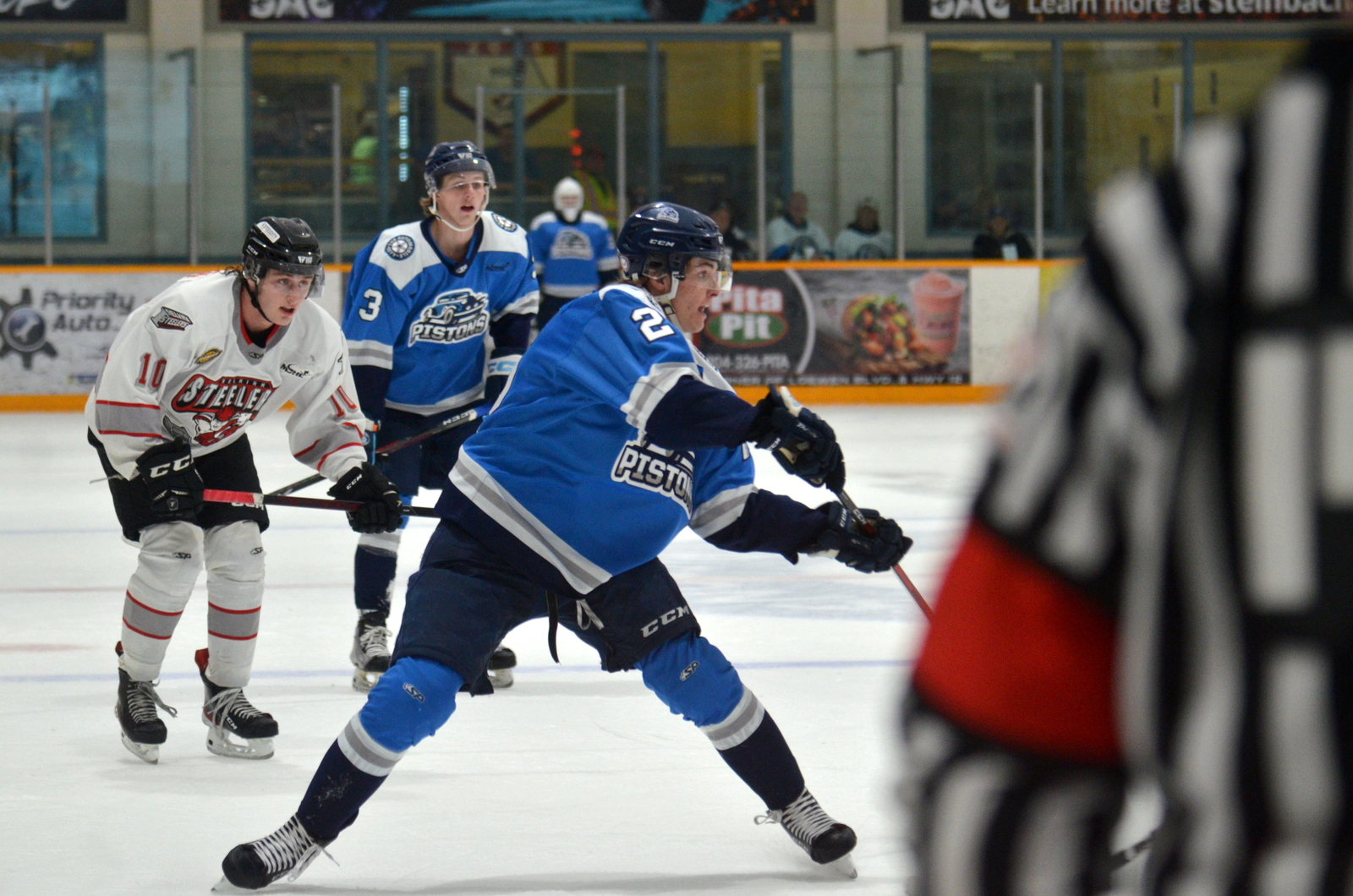 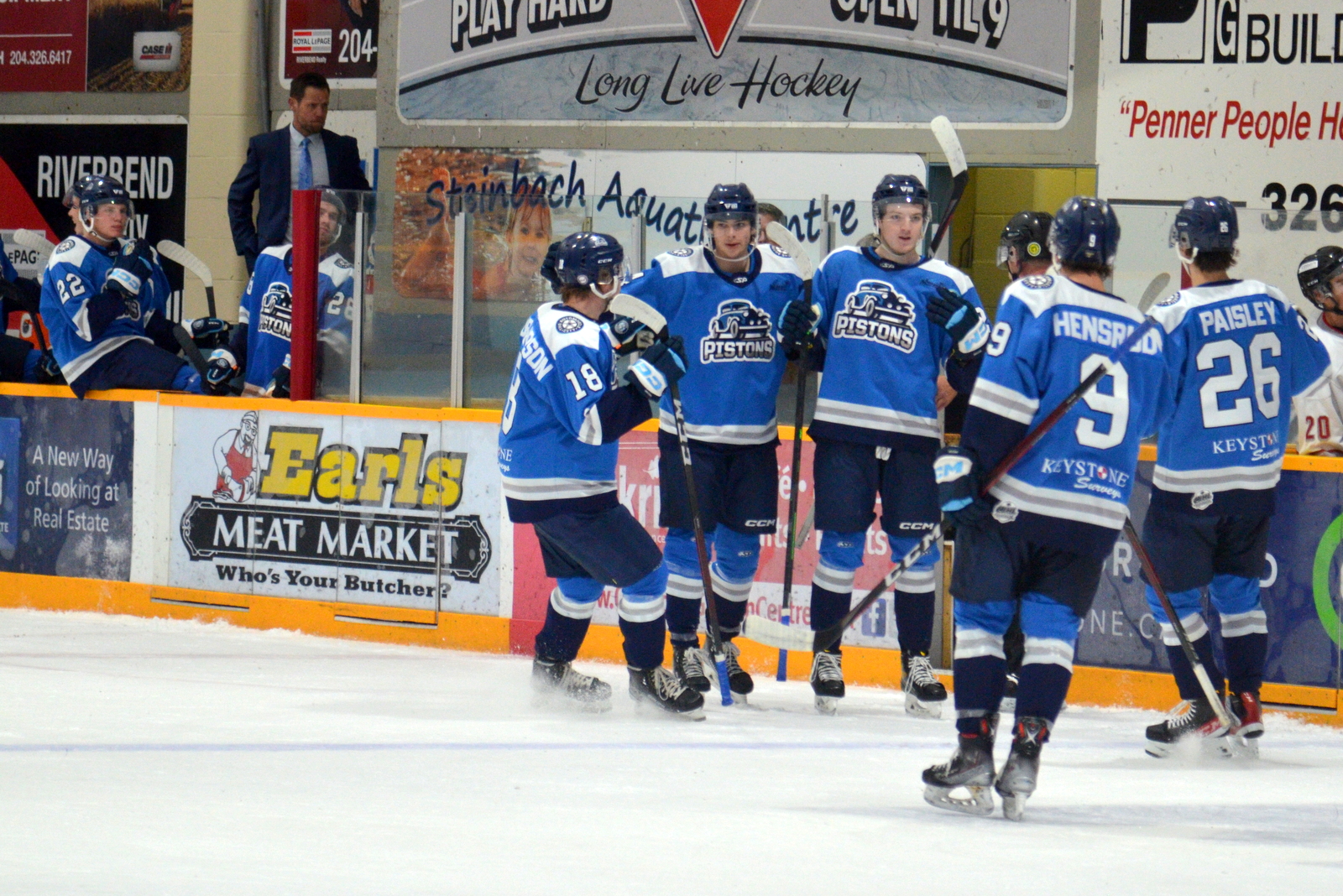 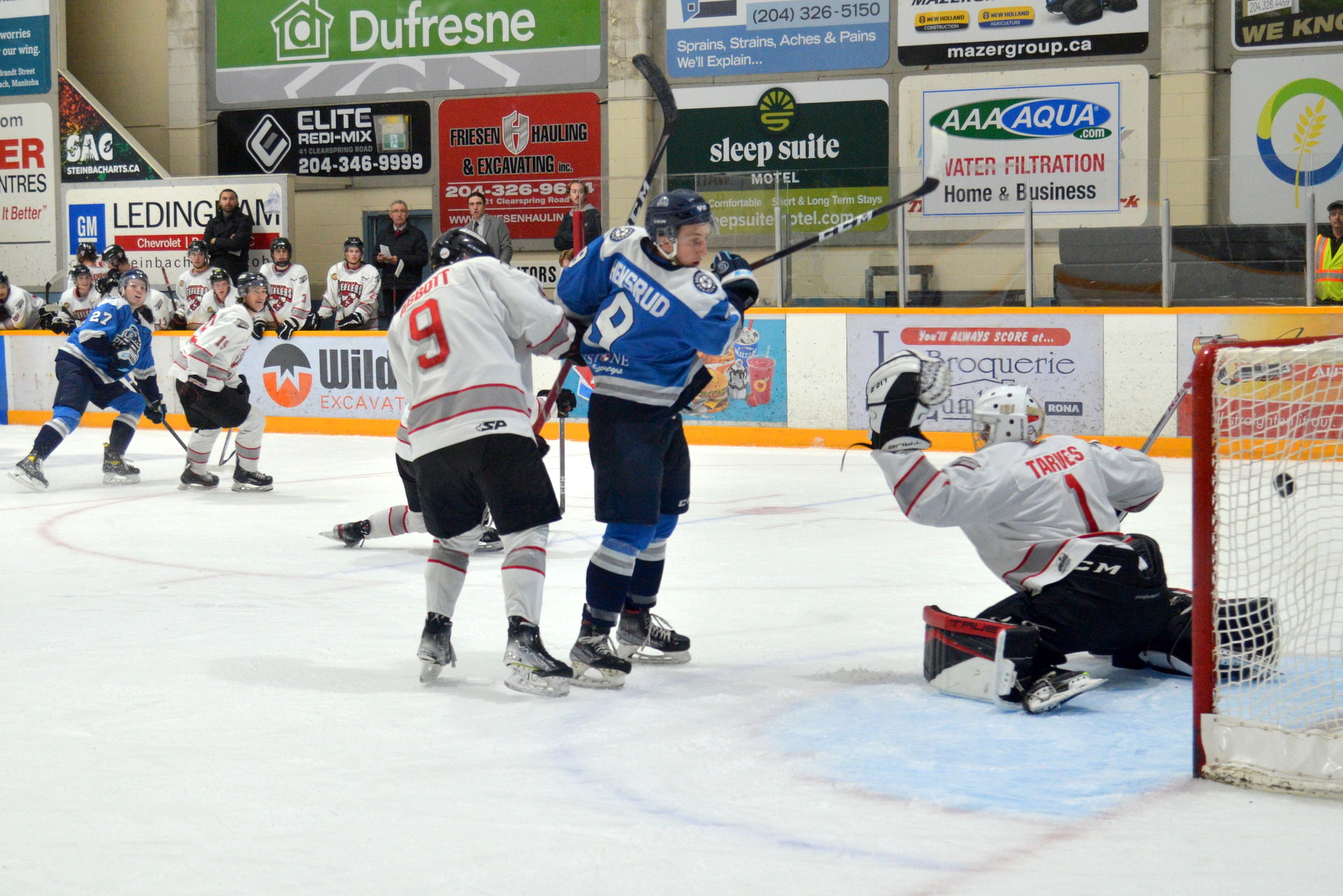 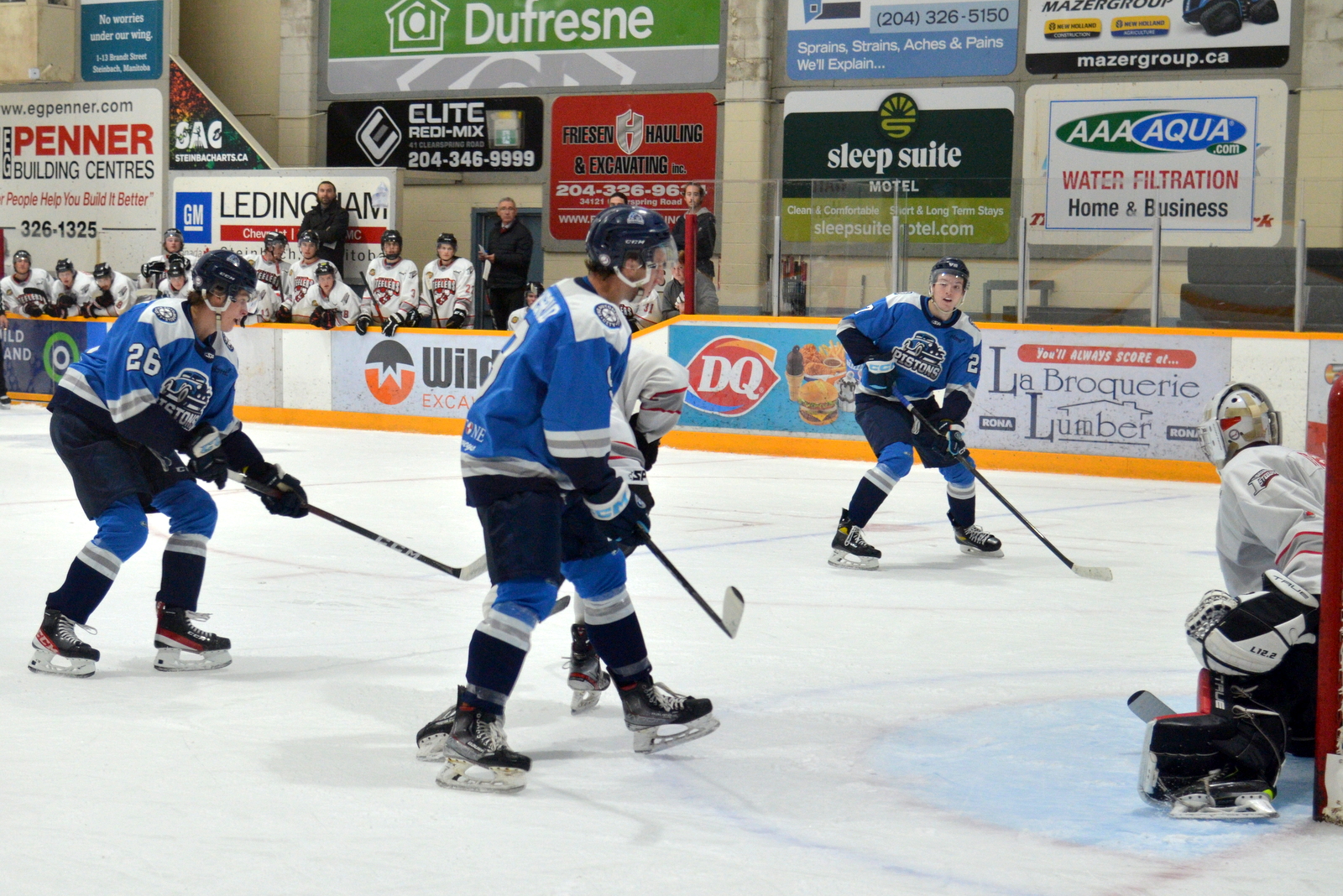 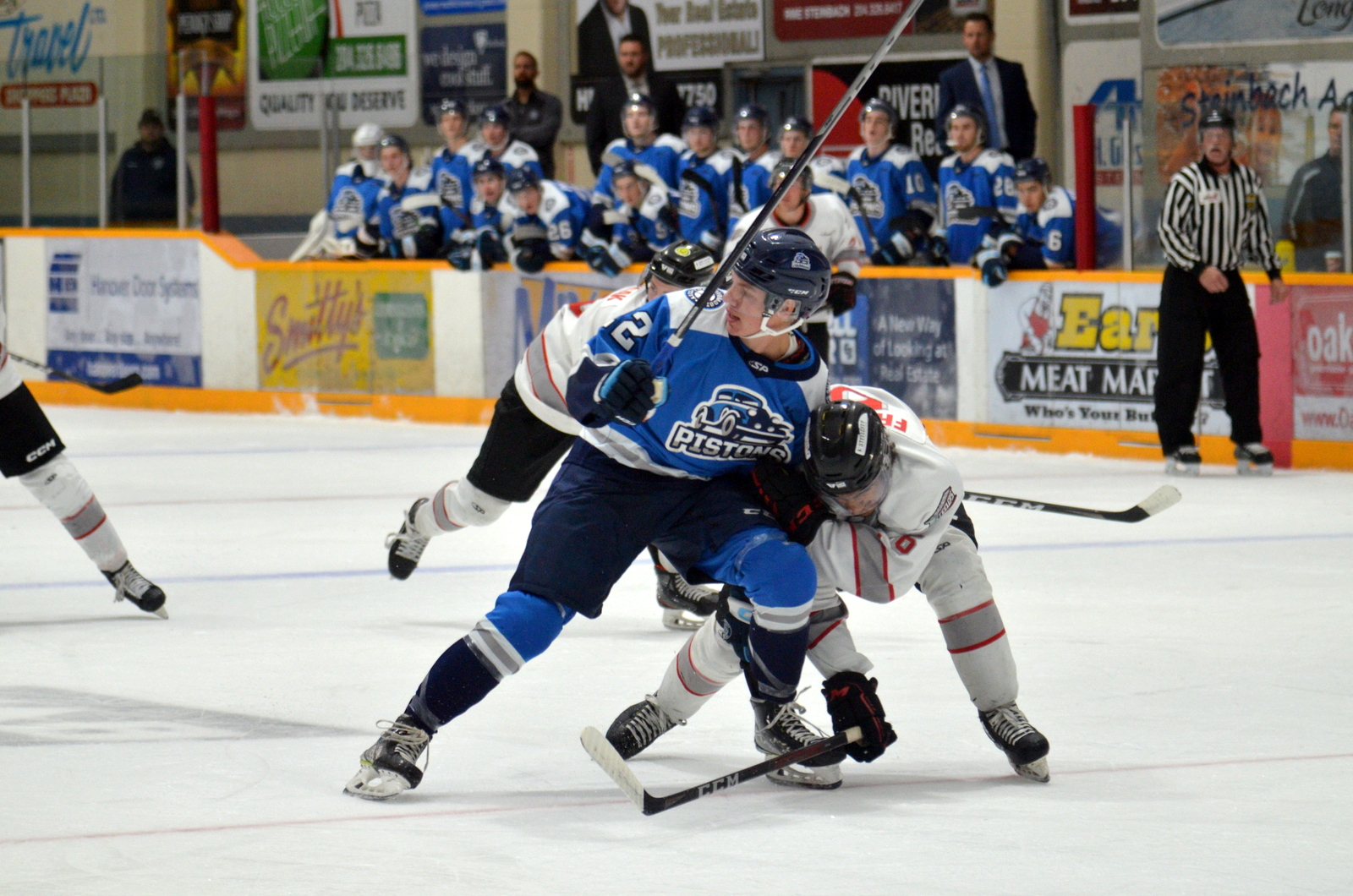 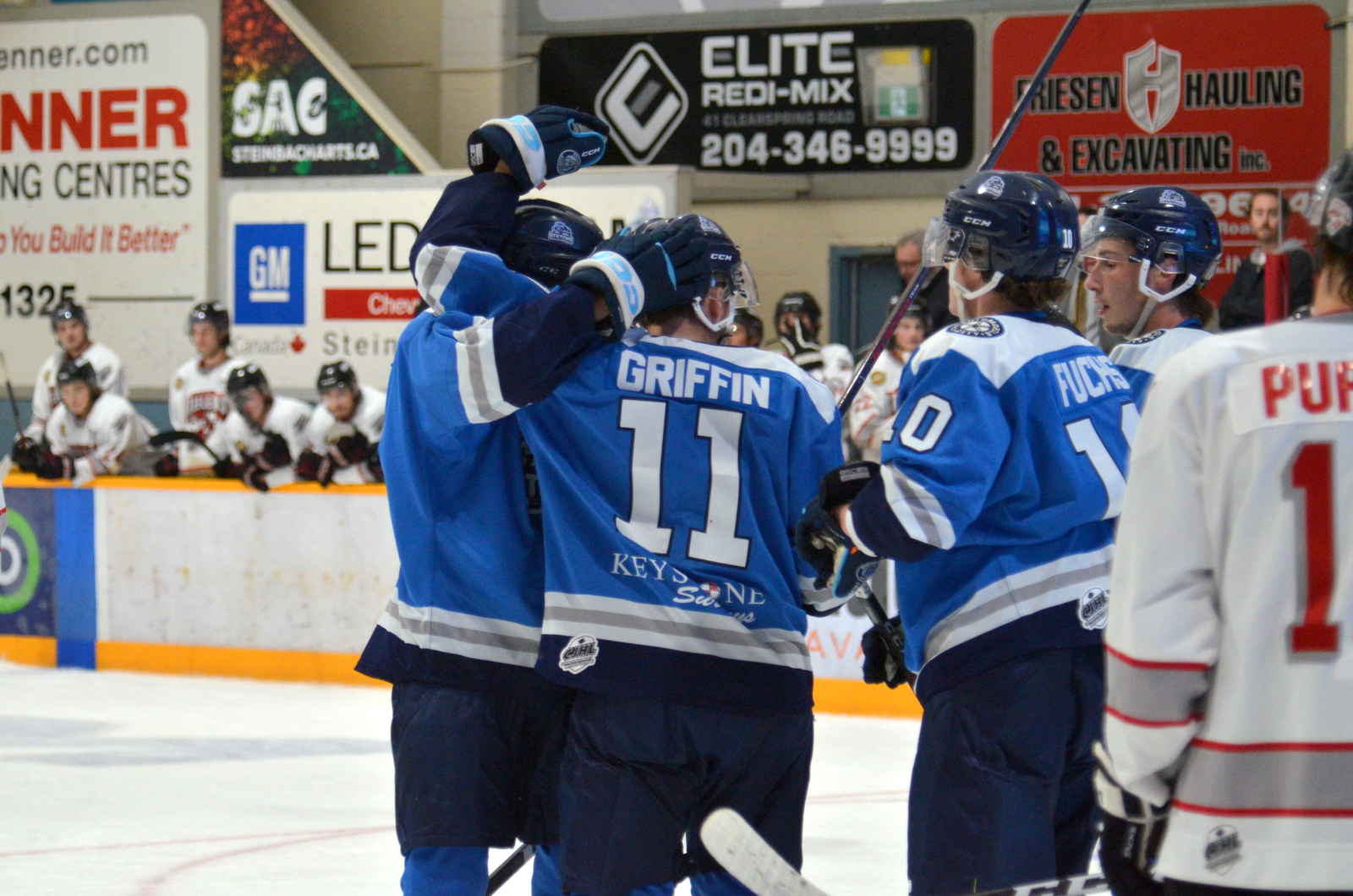 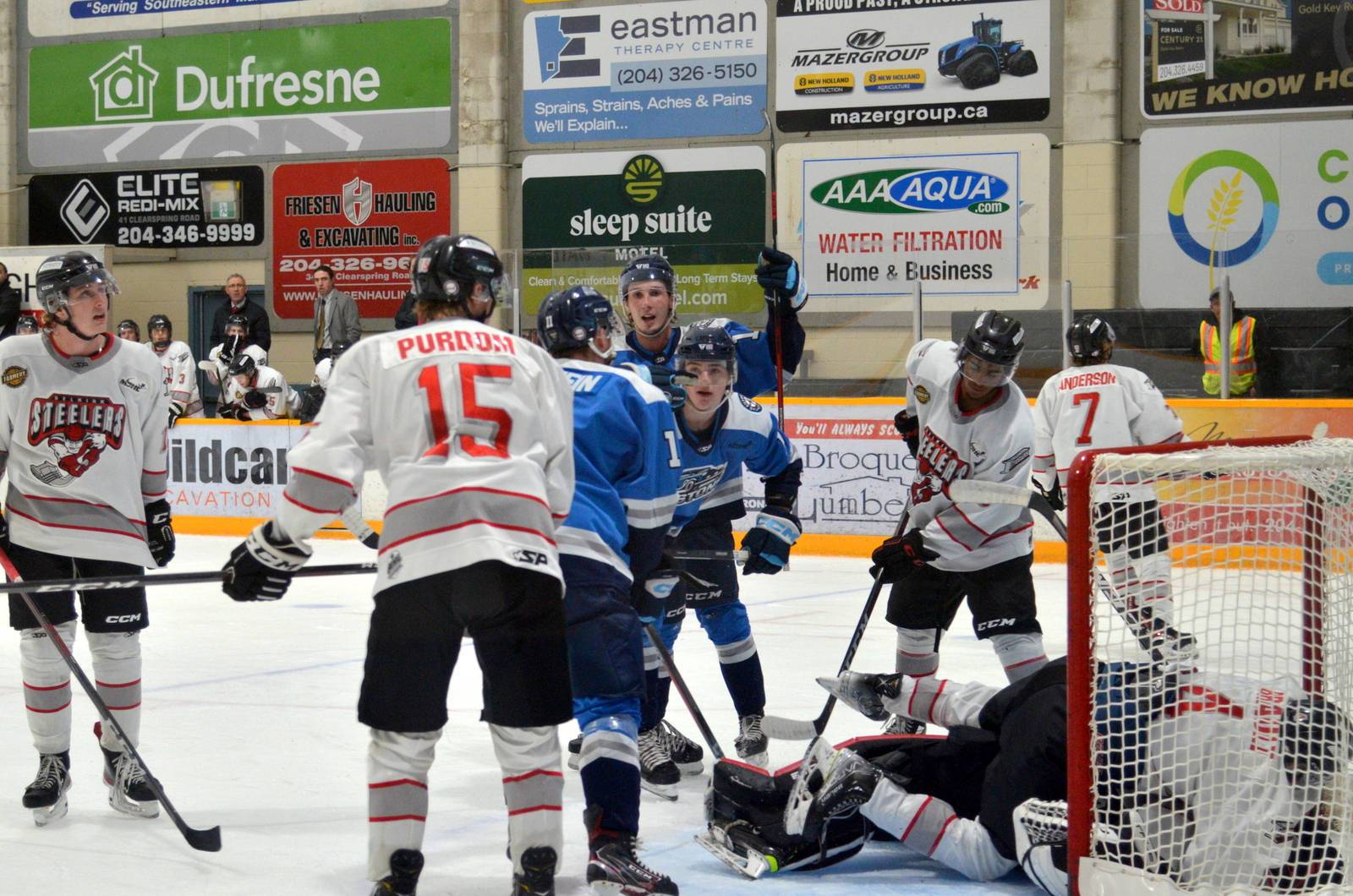 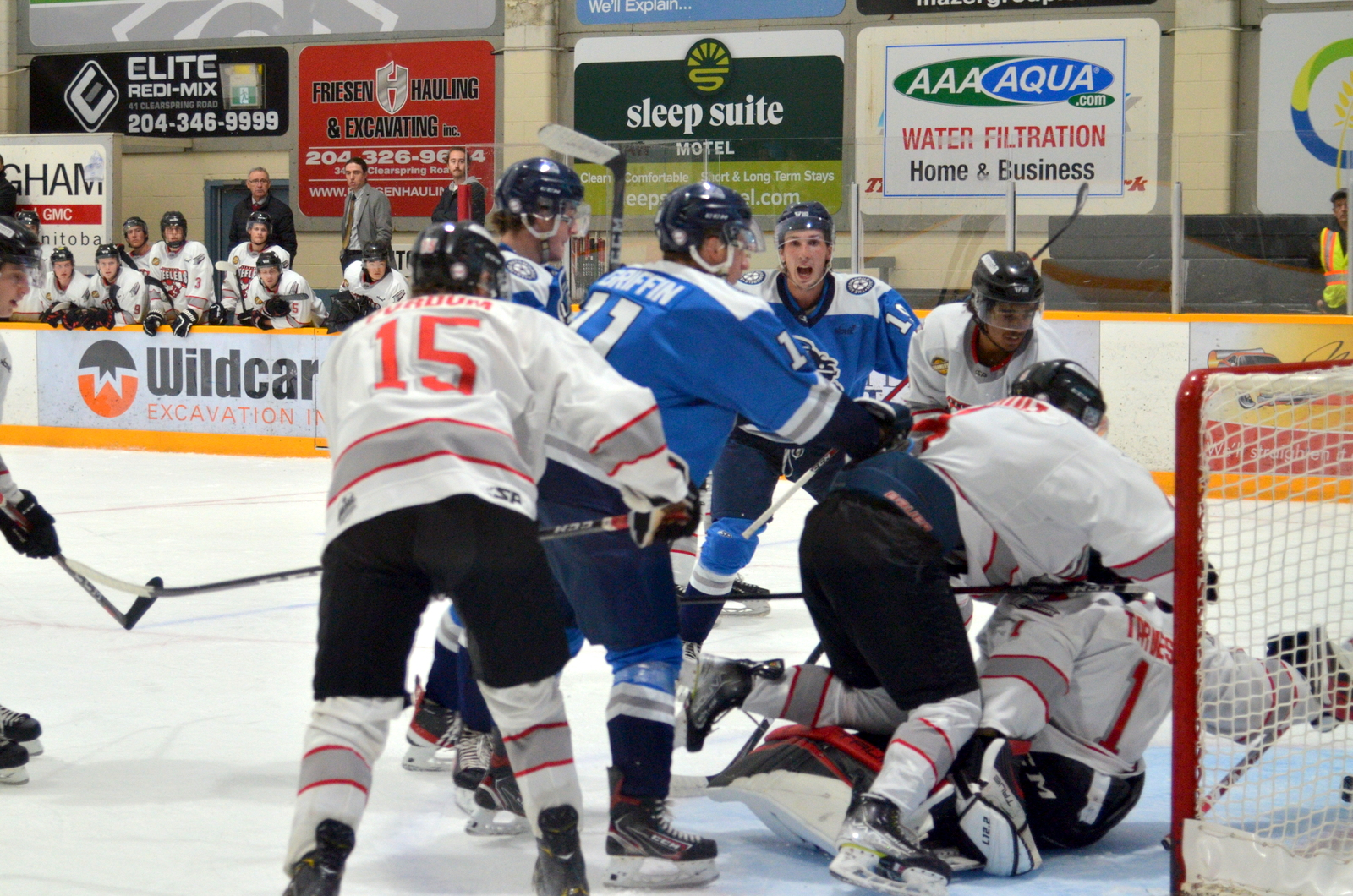 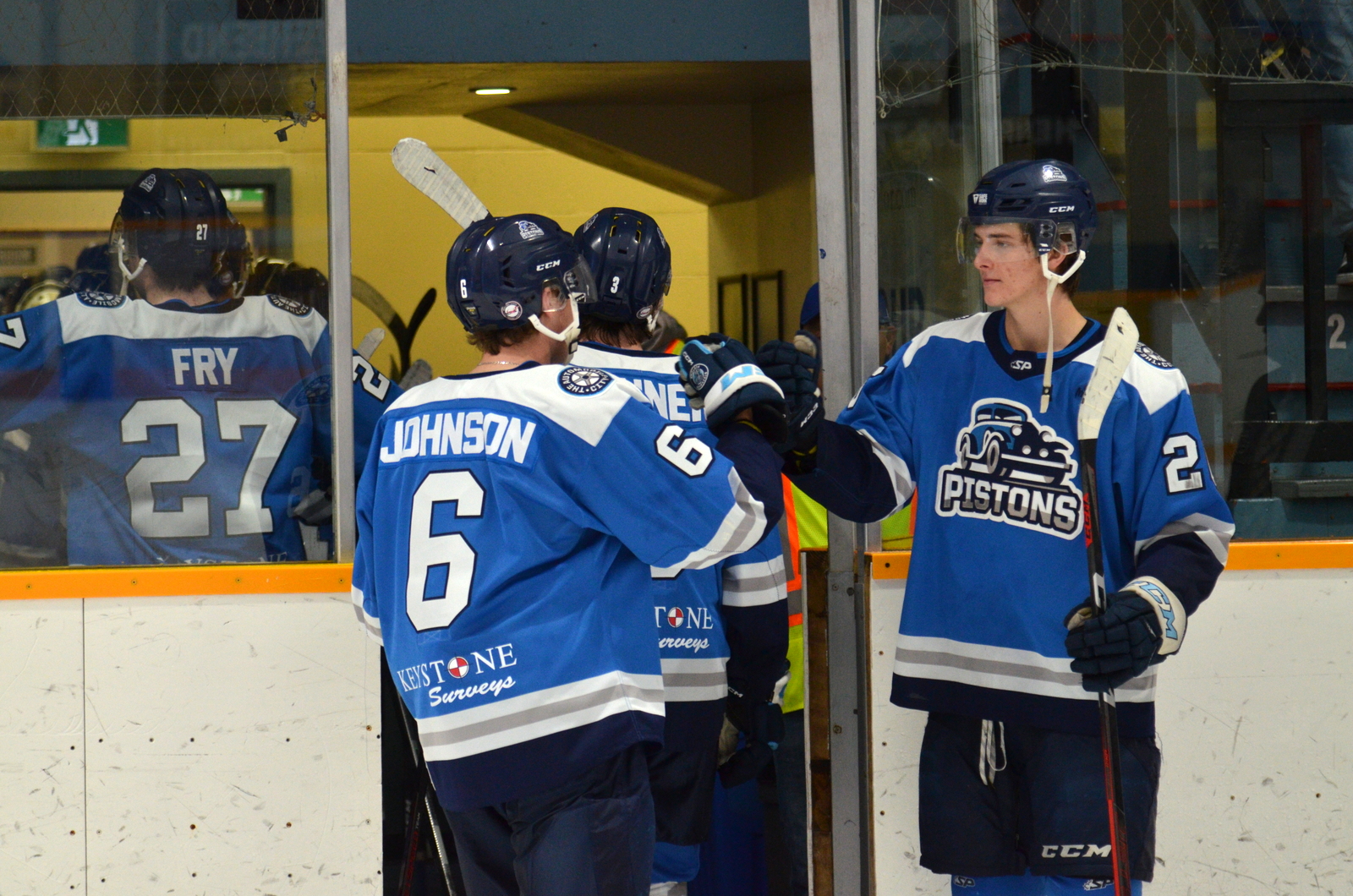 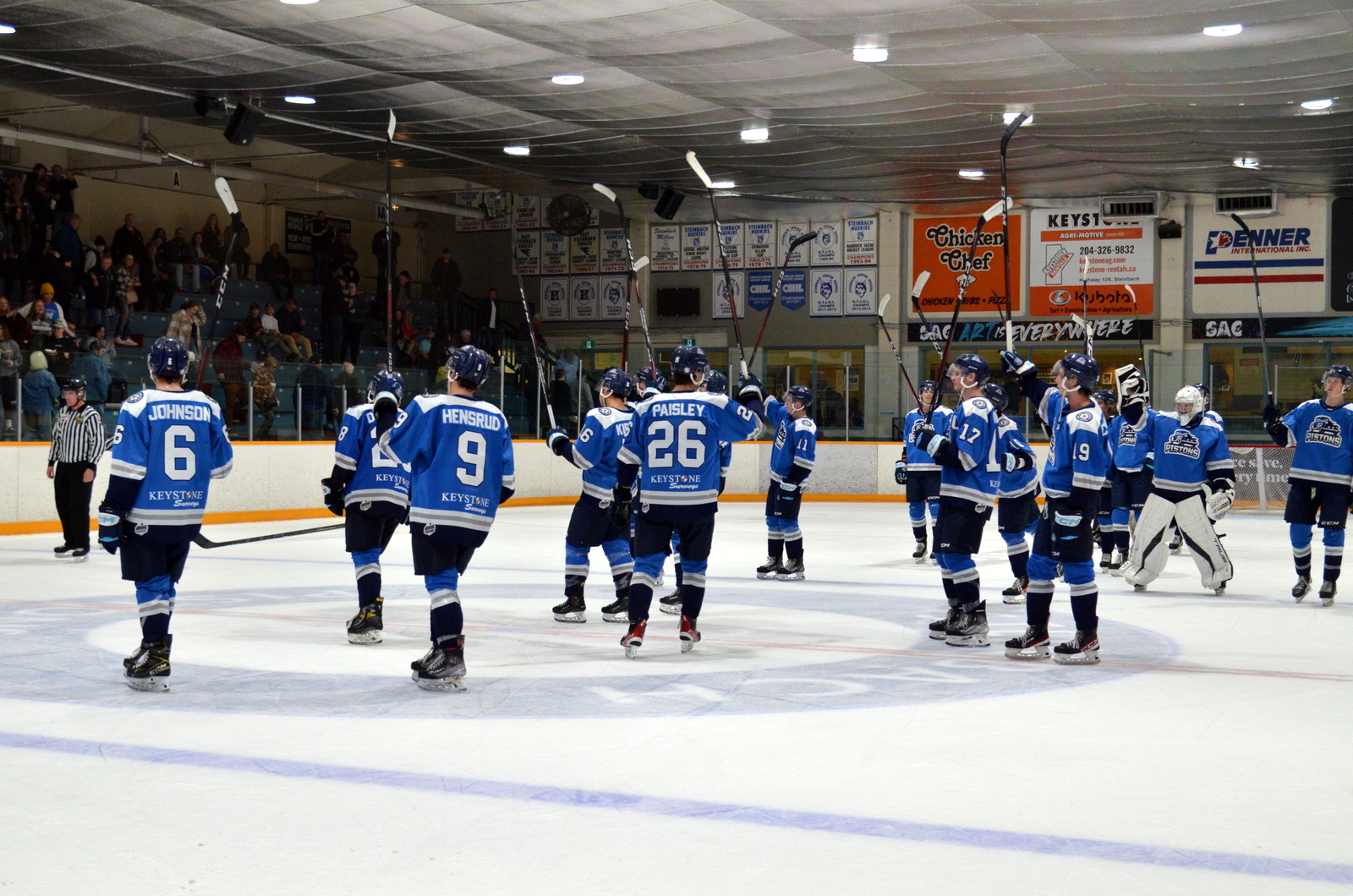 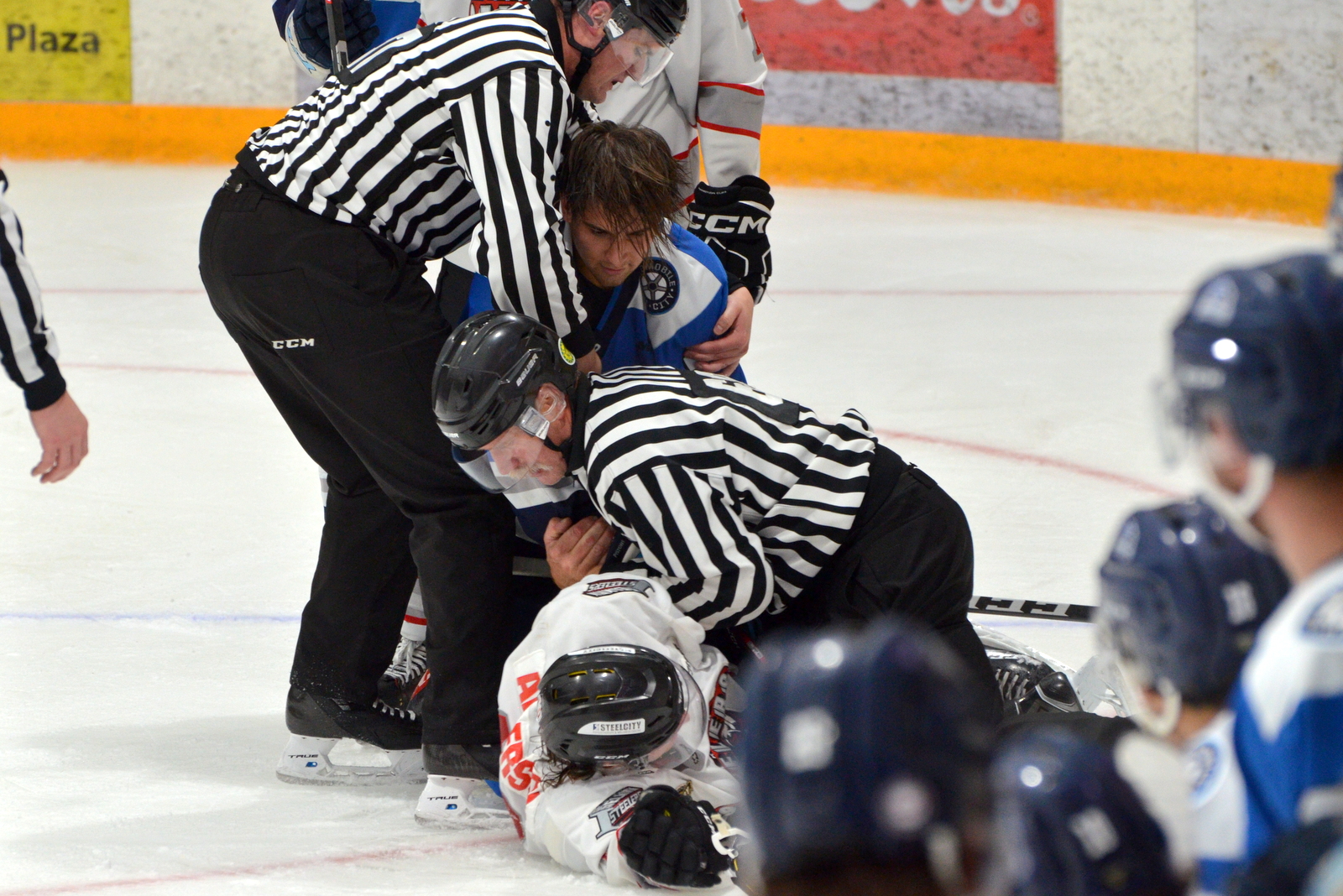